Analysis of contemporary place development
in Barcelona from 1980 to present

The political shift of Spain in the mid-1970s resulted in a commitment of the new administration to encourage and affirm the reconstruction and harmonization of the city’s public space.  It was a key moment that freed designers of the urban realm to engage with the culture and society in a new, open way.  This project analyzed a series of fourteen contemporary public spaces in Barcelona through creating a catalog of details of how the edges between the architecture and urban realm were treated ultimately deciphering the cultural effects toward a construction of context.

Within the last thirty years there have been four general attitudes which are largely distinguished by the city’s hosting of the 1992 Summer Olympics.  Prior to the Olympics spaces were framed by creating a variation of the edge conditions and voiding the center, allowing for clear open spaces.  For the event and in rebranding the city were complex programmed facilities.  The following development was large scale and sensitively shaped new micro-cities and contextual redevelopment.  The most contemporary interventions are of a new variety, complex and layered, struggling to find the same vitality as their predecessors.

This is a personal extension of documenting Barcelona public spaces during my previous summer internship with AV62 Arquitectos.  In discussion with a Professor in the History and Theory Department at ESTAB-UPC, Pedro Azara, I explored a series of public spaces every day after work on my own time, taking the city in through photography, sketching, and a borrowed bike.  Using the framework of this course I started to compile, analyze, represent, and absorb these experiences.  In response to the static judgments portrayed on other sites, I look to provide this information and experiences in an open context to develop and understand how these contemporary spaces evolve. 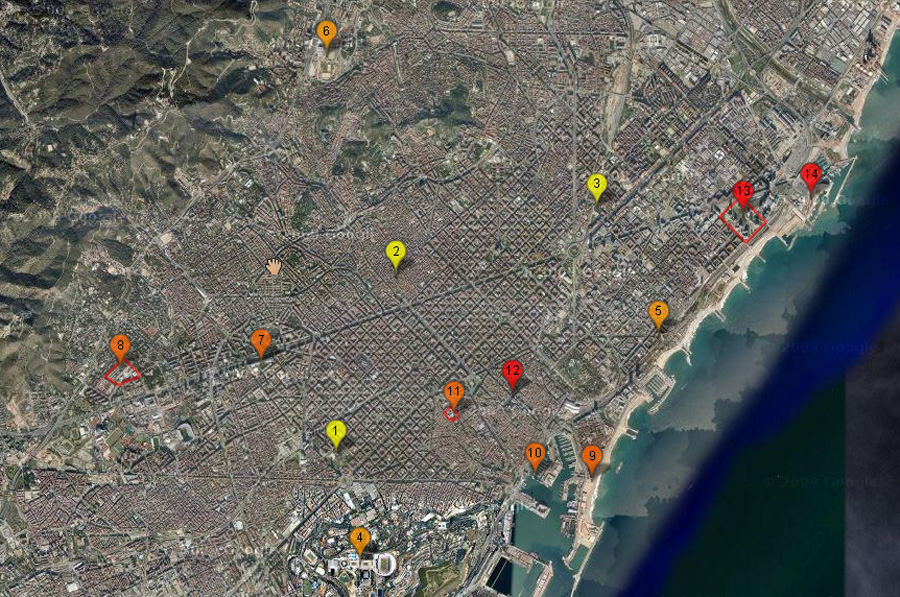 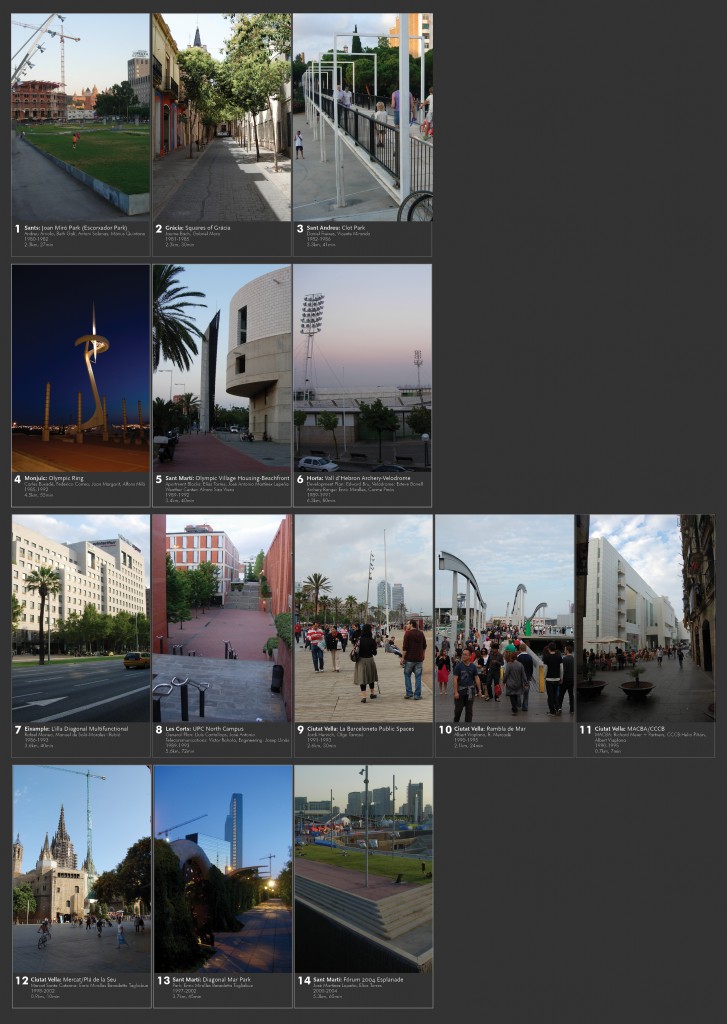